Spectacular Train Ride in the Snow

If you happened to be in Hill City on Sunday, you may have noticed something a little out of the ordinary.

Engine #7 departed the Hill City station with three cars in tow. The train ran to oblivion, the engine switched to the opposite end, and they returned to station.

What was the reason for this special train ride? Country singer, Tracy Lawrence, was filming a video onboard the train.

Martin Fischer, President of High Five Entertainment in Nashville, said, "There's a lot of musical variety in Christmas in the Black Hills, but I believe the audience will really enjoy our on-location segments - Thompson Square on a sleigh ride near Deadwood and Tracy Lawrence on the 1880 Train in Hill City."

"Experiencing the Black Hills and meeting the people who live and work here were the highlights for the production team; the history, locations, and hospitality make the area a great place to shoot," he continued.

We Have A Winner!

This season, we held a QR code contest. Our ad in the Southern Hills Vacation guide contained a QR code that potential passengers could scan with their smart phone. This code would lead them to our reservation page. Participants could then make a reservation for the 1880 Train, and automatically be entered to win a digital camera!

The contest ran throughout the summer, and in the end, Mary from Iowa won. She said it was her first vacation with two of her grandchildren, and they really enjoyed the 1880 Train and Mt. Rushmore. Congratulations Mary! We hope the camera will help you capture future family memories.
Posted by The 1880 Train at 2:43 PM No comments: Links to this post

We had a great Mother's Day Express again this year, and it was great to find this blog post about our trip for Moms on the Vacations Made Easy Blog. They also had some great information about the Journey Museum, and the Presidential Wax Museum. Check it out!
http://bit.ly/lfgjgO
Posted by The 1880 Train at 9:38 AM No comments: Links to this post 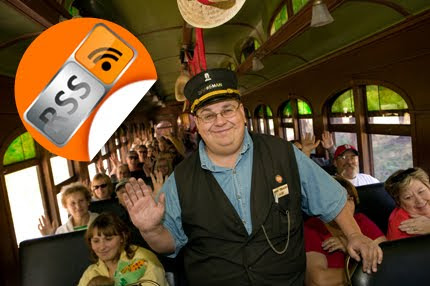 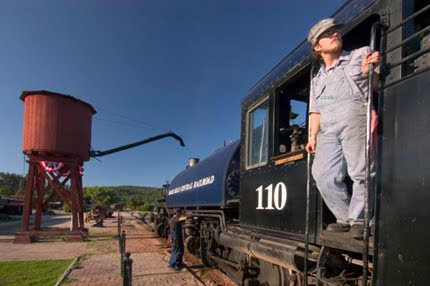 Read All About It!